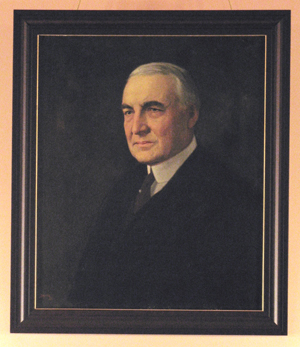 In August of 1923 during his presidency, he died in San Francisco of a heart attack.

Artifacts on display in the Harding Room include: