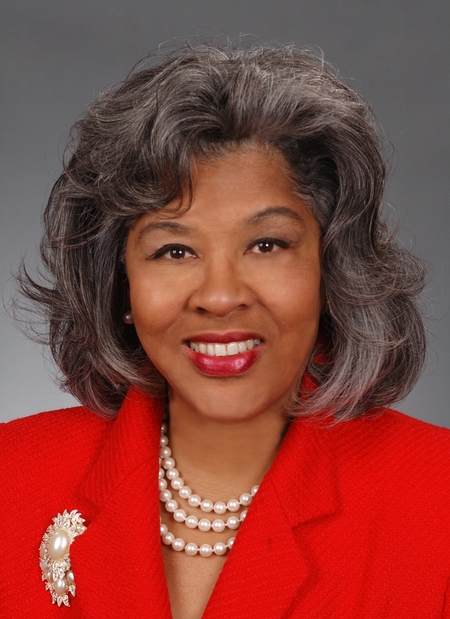 Joyce Beatty served in the Ohio House of Representatives as the first female to represent the 27th House District in Columbus. By unanimous vote, Beatty's colleagues elected her as Ohio's first African American Female Assistant Minority Leader. In 2006, she became Minority Leader of the Ohio House.

Beatty, known for her strong voice on legislative issues, had a reputation for getting the job done and faithfully serving the people as shown through her long list of legacy firsts and from her "State of the District" presentation that attracted as many as 400 constituents. Though she has written and co-sponsored countless bills, Beatty is most proud of her leadership role in healthcare with an emphasis on stroke, diabetes, June as "Men's Health Month" and for organizing a team of concerned women to fight for budget funding for breast and cervical cancer funds to aid working women without insurance.

Beatty has been recognized for her work with the Central Ohio Mentoring Association, and Personal Finance Literacy for high-school students. She also secured more than a quarter of a million dollars of capital improvement funding for the King Arts Complex. A motivational speaker and businesswoman, Beatty served as President of Joyce Beatty & Associates, Inc., a consulting firm specializing in strategic planning and diversity training. Her commitment to being a successful entrepreneur led her to creating African-American Businesswomen CEOs (ABC), an organization of women business owners for the purpose of creating strategic alliances and collaborating to create business opportunities.

Beatty served as an advocate of education and was a product of Ohio schools. She is a graduate of Central State University (BA degree), Wright State University, (MS degree) and the University of Cincinnati/Pacific Western University (Ph.D. in Counseling Psychology). Beatty received an honorary Doctorate from the Ohio Dominican University, and has been honored by other organizations, including: the Ohio Credit Union League, The Public Children's Service Association, Columbus Metropolitan Area Community Action Organization, The Ohio Psychological Association and the Ohio Stroke Council.

Outside her legislative and business duties, she has been a national spokesperson for the American Heart Association, and has served on the Columbus American Heart Association Board, the State Democratic Committee, The Women's Fund, the NAACP, is a life member of Delta Sigma Theta Sorority, is the national legislative chair of The Links Inc., and was the First African-American female to serve as chairman of the Columbus Urban League Board. She received the 2002 YWCA Woman of Achievement Award, The Ohio Health Speaking of Women Health Award, NAACP Freedom Award, Woman of Courage Award, and the Urban League Leadership Recognition Award.

In 2008, Beatty was named senior vice president for outreach and engagement at The Ohio State University.