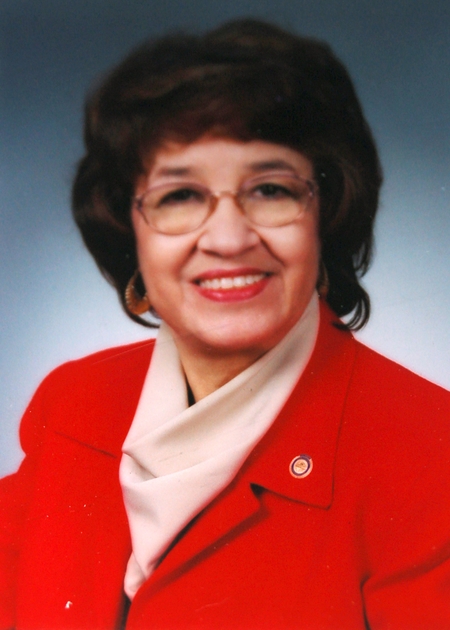 Dixie J. Allen was appointed to the Ohio House in January 1998 and was elected to the position in November 1998, 2000, 2002 and again in November 2004. She served on the following standing House committees:

-Human Services Sub-Committee of Finance and Appropriations, and

Her special committee appointments included the Minority Development Financing Advisory Board, the Legislative Information System Committee and the Tobacco Use Prevention & Control Foundation Board of Trustees.

Allen graduated from Roosevelt High School in Dayton and enrolled in Central State University 20 years later. She graduated Summa cum Laude with a degree in Business Administration. Her graduate studies were at National University in Los Angeles. Allen also received an honorary Doctor of Humanities degree in 2000. After high school, Allen went to work at Wright-Patterson Air Force Base where she worked for more 39 years. She started out in the Data Automation career field where she worked as a computer operator, computer programmer, computer systems analyst and data systems officer before moving into human resources. She was also the Civilian Personnel Officer at Los Angeles Air Force Base in 1987 and 1988. The most significant position she held was at Headquarters Air Force Logistics Command where she managed a staff of personnel specialists responsible for developing, implementing and evaluating policies and procedures regarding hiring, promoting, testing, evaluating, reassigning and career management for 85,000 civilian employees located at seven Air Force Bases in six states.

After her retirement from Wright-Patterson Air Force Base, she worked at Dayton Metropolitan Housing Authority (DMHA) for 4-1/2 years.

Allen belonged to several organizations including Delta Sigma Theta Sorority Inc., Personnel Advisory Board for Daybreak, Miami Valley Military Affairs Association, Women in Leadership (WIL), Ohio Legislative Black Caucus, Advisory Board for the College of Arts and Sciences, Central State University, Parity 2000 mentor, Community Advisory Committee of Wright-Patterson Air Force Base, and she was a proud life member of SCLC and the NAACP. Allen received many special awards and special recognition, including her induction in the Central State Hall of Fame and the Top Ten Women in Dayton award.