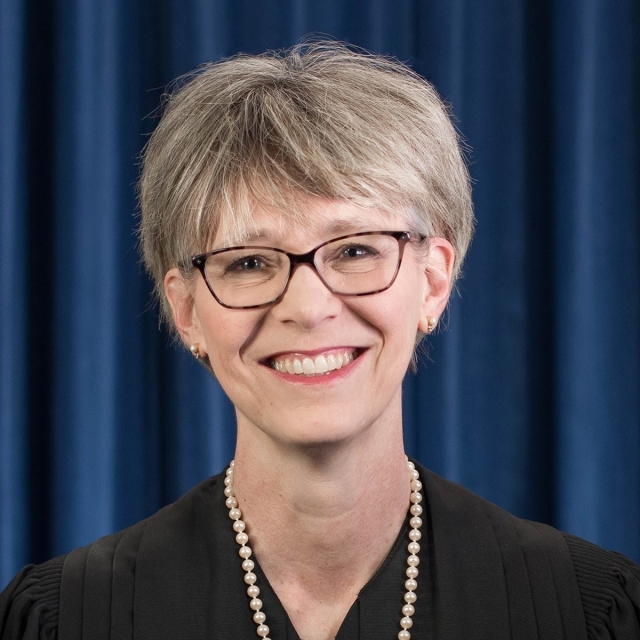 “I am thrilled to be donating these items to the Statehouse, where McKinley served as governor, for all Ohioans to enjoy. And, I have a personal connection to the Statehouse and its history. In the room where Abraham Lincoln learned he had been elected president in 1861, I was told by Governor John Kasich that he was appointing me to the Ohio Supreme Court,” said DeGenaro.

In addition to photographs and paper ephemera, the collection includes platters and dishes related to McKinley. One of the standout objects is a photograph of William McKinley in an open carriage in Niagara Falls, NY, taken just over an hour before his untimely assassination. Other excellent pieces include historic postcards of the Statehouse featuring the McKinley Monument.

“The McKinley collection is a wonderful addition to the Ohio Statehouse Museum,” said Dayna Jalkanen, Deputy Director of Museum and Education for the Capitol Square Review and Advisory Board (CSRAB). “The Ohio Statehouse is an appropriate place for the collection since McKinley spent so many years there serving in the Governor’s Office, and we recognize Red Carnation Day every year on January 29, the day McKinley was born.”

The Ohio Statehouse Museum Education Center will preserve and maintain these historic artifacts for the people of Ohio. In the near future, items from the collection will be displayed for the public in Map Room exhibit cases or in the McKinley hearing room on the first floor of the Ohio Statehouse.

William McKinley was one of eight U.S. presidents from Ohio. He was born in Niles, Ohio, in 1843. He served in the Union Army during the American Civil War, and was noted for serving the troops under heavy enemy fire. McKinley was governor of Ohio from 1892 to 1896. McKinley became president of the United States in 1897. He was killed by an anarchist assassin in 1901. McKinley is included in the Great Ohioans display at the Ohio Statehouse Museum Education Center and memorialized with the McKinley Monument that stands in front of the Ohio Statehouse.

Mary DeGenaro, is a native of Northeast Ohio and has been involved in public service on Village Council in Poland Ohio, as a Judge in the Ohio 7th District Court of Appeals, and as an Ohio Supreme Court Justice. She is currently serving as Chief Legal Counsel to Ohio Auditor of State Keith Faber.

Her collecting interests include historical items relating to Abraham Lincoln, Ohio Political History, Suffrage, and Judge Florence Allen, who was the first woman to serve on the Ohio Supreme Court. DeGenaro has always had a great personal interest in Ohio presidential politics and became particularly interested in McKinley items after moving to Poland, Ohio and learning about the president’s connection to the small Western Reserve town. “I thought it was amazing that part of the building where McKinley attended school was now a part of the library we took our sons to countless times, and the tavern where he enlisted to serve in the Union Army during the Civil War was still standing -- walking distance from our family home."

The DeGenaros live in Columbus, Ohio, and have another home in Poland, Ohio where McKinley was a schoolteacher.

Opened in 2009, the Ohio Statehouse Museum features high-tech, interactive exhibits that make learning about all three branches of state government immersive. The museum is packed with historical artifacts and images that detail how government works and who has come to serve their fellow citizens.

The Museum includes 5,000 square feet of exhibit space on the ground floor of the Ohio Statehouse that enriches the experience of schoolchildren and visitors. The Museum offers exhibits that encourage visitors to participate in the government process by making choices, expressing their opinions, comparing viewpoints and even becoming a part of an exhibit by giving a State of the State address. The museum’s “deep dive” approach to education enables visitors to better relate to the governing process.
To view this press release and others, visit ohiostatehouse.org.
# # #