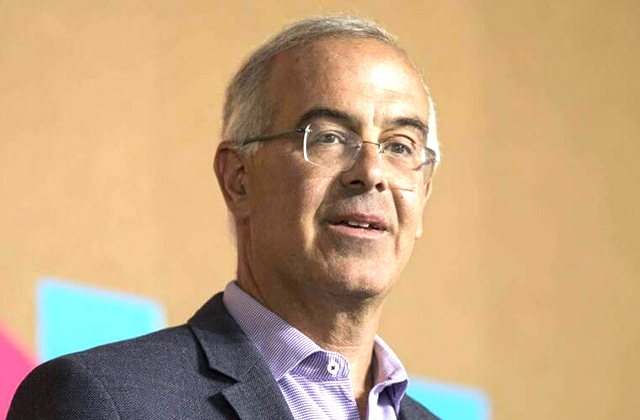 Capitol Conversations with David Brooks: "Patriotism, Nationalism and the Idea of America"

Join us for an enthralling and insightful virtual presentation by this acclaimed American political and cultural commentator. In addition to his current writing for The New York Times,
David Brooks has worked as a film critic for The Washington Times, a reporter and op-ed editor for The Wall Street Journal, a senior editor at The Weekly Standard, a contributing editor at Newsweek, and The Atlantic Monthly, and a commentator on NPR and the PBS NewsHour.

"Patriotism, Nationalism and the Idea of America" will take place on Tuesday, December 1 from 11:30 to 1 p.m. Following the most turbulent election season in recent history, David Brooks will reflect on where we are and where we are going as Americans. Tickets are $25 per person to attend the virtual presentation; $60 per person for the presentation plus a signed copy of The Second Mountain: The Quest for a Moral Life. Tickets can be purchased online at https://www.eventbrite.com/e/david-brooks-on-patriotism-nationalism-and-the-idea-of-america-tickets-127468352273. For questions about sponsorships and tickets, contact Lori Overmyer at 614-301-4492.

All proceeds from this fundraising event support the work of the Capitol Square Foundation, a nonprofit organization founded to increase awareness of and involve citizens in the history and significance of the Ohio Statehouse. Thanks to our Capitol Conversations title sponsor, American Electric Power