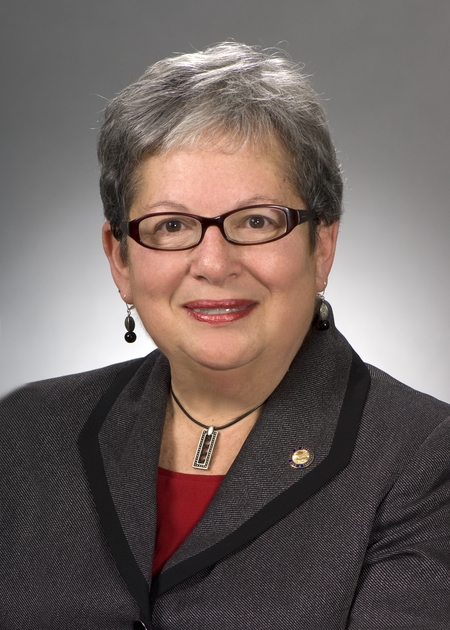 Marian Harris represents the 19th Ohio House District, which includes Westerville, New Albany, Reynoldsburg, Canal Winchester, Groveport, Jefferson and Madison townships, parts of Obetz and parts of Columbus. After earning a Bachelor's degree in physiology from Mt. Holyoke College, Harris worked in medical research at Downstate Medical Center in New York City. She moved to Columbus in the early 1970s, where she sought her Elementary Education certification from Ohio Dominican College while working as a pre-school teacher at the Columbus Jewish Community Center. She also briefly taught at a Catholic school and in Columbus City Schools.

Harris was recruited by a parent to volunteer on a political campaign and fell in love with politics. After working on Senator Howard Metzenbaum's successful primary and President Jimmy Carter's successful general elections, she went to work for Senator Metzenbaum, serving in the human services area as a constituent aide and policy liaison with his Washington, D.C. office. She returned to Columbus to head the Office of Family Support Services in the Ohio Department of MR/DD for Governor Dick Celeste. When her program to help families keep disabled family members at home was successfully implemented statewide, she coordinated Gov. Celeste's very successful "Capital for a Day" program. In the years since, Harris has led a successful volunteer and event management business, participated in several campaigns, and worked part-time at the local library and at Mental Health America of Franklin County. Her service on various boards and commissions reflect her interest in the human condition. Her passion is early childhood issues – initiatives to ensure that a child starts school physically, emotionally and behaviorally ready to learn.

Rep. Harris is Vice Chair of the Aging and Disability Services Committee. She also sits on the Education; Health Access and Affordability; and Alternative Energy committees.