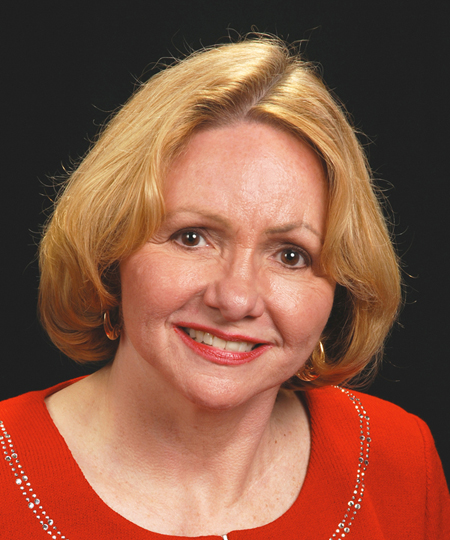 Karen L. Gillmor is a lifelong Ohioan who graduated from Rocky River High School and then went on to earn a Bachelor of Arts with honors from Michigan State University and both a Master of Arts and a Ph.D. from The Ohio State University. She began her career working in the fields of education, health care, and finance. Then, in 1992, she was elected to her first of two terms in the Ohio Senate, representing Crawford, Logan, Marion, Sandusky, Seneca, Wyandot, and Union counties.

Senator Gillmor served as the Chairman of the Senate Insurance, Commerce, and Labor Committee and the Senate State and Local Government & Veterans' Affairs Committee, as well as the Vice Chair of the Senate Health Committee.

During this time, Senator Gillmor also authored legislation to: Create the Office of Women's Health Initiatives, which was the first of its kind in the nation; Prohibit smoking in daycare centers; Restructure various state agencies and eliminate two state agencies to streamline government operations; Require adult care facilities to complete criminal background checks on job applicants who would provide direct care to patients; Set standards for the safety and noise level of personal watercraft on Ohio's waterways; Authorize the transfer of convicts who are not citizens of the United States back to their native countries to serve their imprisonment; Renew State Issue II to provide funding for local roads, bridges, water, and sewer lines; Provide a tax credit to employers who offer childcare assistance to their employees; and Create managed health care for injured workers. Senator Gillmor was also the principal co-sponsor of a bill that created the Ohio School Facilities Commission. Since 1997, the Commission has approved over $6.9 billion for the construction, renovation, and repair of school buildings around the state of Ohio.

In 1997, and again in 2003, Karen Gillmor had the honor of being appointed by the Governor to the State Employment Relations Board, of which she served as the vice chairman for 10 years. The Board adjudicates labor disputes between public employers and 400,000 public employees. During her career in public service, Senator Gillmor has received numerous awards for her outstanding accomplishments from groups representing education, medicine, ethics, and the American taxpayer. She was named the Ohio Outstanding Freshman Legislator by the United Conservatives of Ohio and the National Outstanding Freshman Legislator of the Year by the National Republican Legislators Association. She was a member of the Advisory Council to the Childhood League Center and a trustee of the U.S. Capitol Childcare Center. Additionally, she currently serves as a trustee of Heidelberg University, the Rutherford B. Hayes Presidential Center, and the National First Ladies Library.

After serving 2 terms in the Ohio Senate in the 1990s, Gillmor was re-elected in 2008 for the 128th Ohio General Assembly. Her highest legislative priority is economic development and creating jobs for Ohioans. She serves on a number of Senate standing committees including:
-Insurance,
-Commerce and Labor,
-Energy and Public Utilities,
-Agriculture, and
-Health, Human Services, and Aging (vice chair).

She was also appointed to the Joint Commission on Agency Rule Review (JCARR) and the Unemployment Compensation Advisory Board. Nationally, Senator Gillmor serves on the Health Committee of the American Legislative Exchange Council, as well as the Health and Human Services Committee and Energy Committee of the Council of State Governments' Midwestern Region.

Biography courtesy of the Ohio Women's Policy and Research Commission and the Ohio Senate, 2009.