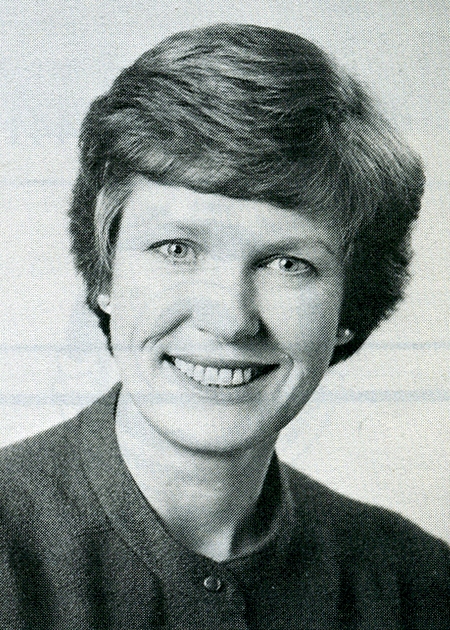 1983-1992 and Delaware and Morrow Counties plus parts of Richland County from 1993-Feb.1999.  During her tenure, she served on the following House committees:

As a state representative, Lawrence’s interest was in welfare reform, education funding, redistricting, women’s reproductive health and changes in the property-tax structure.  In 1997, she was the lead sponsor of major welfare reform legislation, garnering an unprecedented unanimous vote in both the House and the Senate.  Lawrence resigned from the House in Feb. 1999, having been elected to a ninth term, to become the Director of the Ohio Department of Aging.  She served in Governor Taft’s Cabinet until August, 2005.

Prior to her service in the Ohio General Assembly, Lawrence was a member of the Big Walnut Board of Education from 1970 to 1973.  She received her education from the Long Island College Hospital School of Nursing, becoming a registered nurse upon graduation.  She also attended The Ohio State University, Brooklyn College and Douglass College.  Joan Lawrence has been active with the League of Women Voters, serving as Ohio president from 1975 to 1977.  She became executive director of the Family Service Council of Ohio from 1978 to 1982.