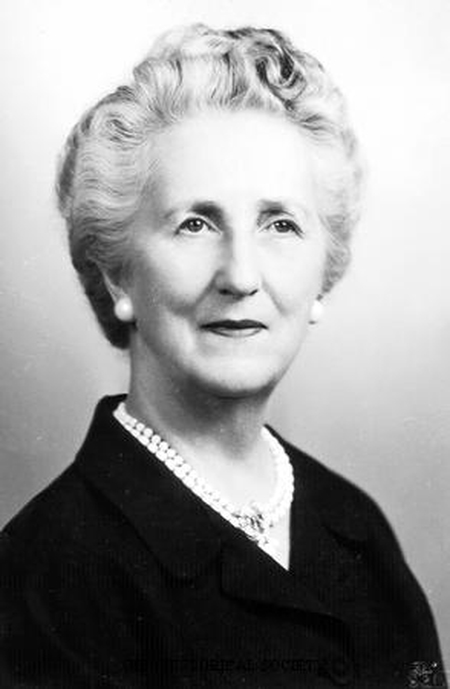 Ethel Swanbeck had a long and illustrious career as a state legislator, serving on many committees for the Ohio House of Representatives and a multitude of community organizations during her terms in office.

While in the Ohio General Assembly, Swanbeck sponsored legislation dealing with the licensing of practical nurses, the establishment of branch colleges and vocational schools, and regulations regarding industrial fishing on Lake Erie. Ethel Swanbeck practiced a "hands-on" approach to serving her constituents in the Ohio House. "When I would be working on a problem in the legislature," she said, "I would learn everything I could about the background necessary to vote on it. When a bill concerned farmers, I went out into the fields where they were plowing and talked to them and learned of their wishes and problems" (Toledo Blade, January 11, 1977).

After raising three sons with her husband, Carl, Swanbeck entered into club involvement, She was a past president of the Ohio Federation of Women's Clubs, and a nursing fund was established in her honor to provide scholarships for nursing school. She was also selected to be part of a delegation of the National Federation of Women's Clubs to undertake a survey of the Brazilian coffee industry on behalf of the United States government in 1954.

Additional organizations that she was involved with include: the American Association of University Women, Delta Kappa Gamma, Buckeye Girls State (vice president and advisor), the Vermilion Chamber of Commerce, Women's Auxiliary of the Ohio Medical Association, and the Governor's Committee on Vocational Rehabilitation.

Ethel Swanbeck received many awards for her achievements as a state representative and civic leader: the Huron and Sandusky Chamber Awards for Public Service and State Education, the Erie and Huron County Awards of Education Accomplishments and, in 1973, the Case Western Reserve Alumni Award for Education and Government Contributions.