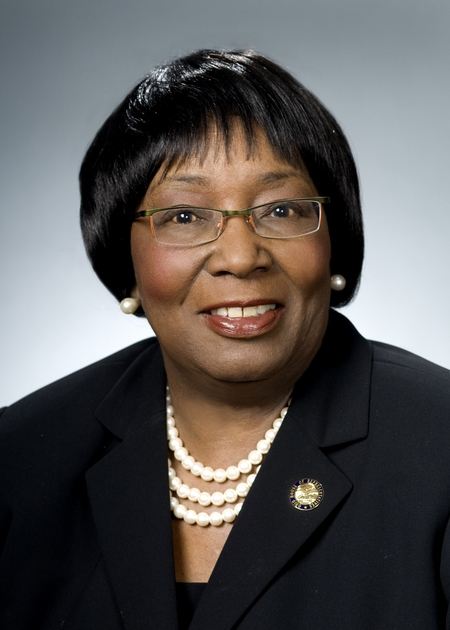 Edna Brown was elected to serve Ohio's 11th Senate District in November, 2010. She comes from the Ohio House of Representatives, where she served Ohio's 48th House District. The Toledo native is a public school graduate who attended the University of Toledo and Mary Manse College. Her dedication to public service led to a 32-year career as an employee with the city of Toledo, followed by a six-year tenure on Toledo City Council.

She moved to the Statehouse in January 2002 to fill the House seat of then newly-elected Toledo mayor Jack Ford. Since her arrival, she has worked tirelessly on issues of voting rights, health, violence against women and economic development.

Her idea to bring "no excuse" absentee voting to Ohio was incorporated into a bill that became state law in January 2006. For her efforts, the Ohio Association of Election Officials and the Ohio Secretary of State honored her with the Jack Wolfe Memorial Award as one of two "Legislators of the Year." In 2007, Brown introduced a bill to immunize young women from the human papilloma virus, and a bill addressing violence in teen dating relationships.

Senator Brown is First Vice President of the Ohio Legislative Black Caucus, and serves on the Executive Committee the National Black Caucus of State Legislators. She also works as state director for WILL/WAND, a non-partisan national organization for women legislators.

Senator Brown is also very active in her hometown. She was instrumental in founding the Greater Toledo Urban League and still sits on the Board of Directors. She is a past chair of the Administration Board for Braden United Methodist Church, and she is a charter member of the Executive Women's Golf Association.

All of her efforts have garnered Senator Brown numerous awards. She won an inaugural "ROSA" Award from the Toledo Board of Community Relations for living a life parallel to the example set by civil rights leader Rosa Parks. The Toledo YWCA also honored Brown as a 2007 Milestone Award recipient for her contributions and achievements and WILL/WAND honored her with a Pacesetter Award the same year.