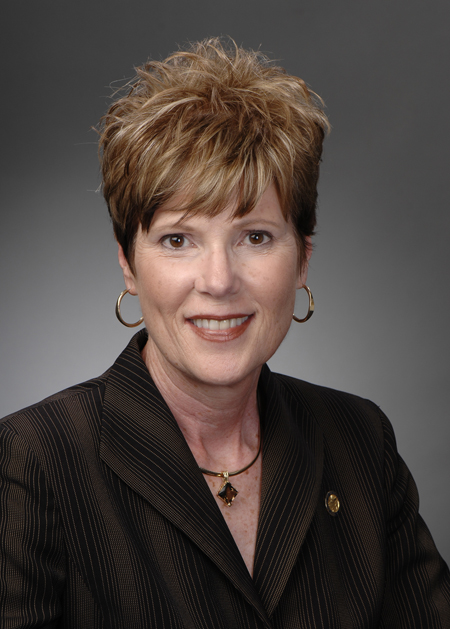 State Representative Dorothy Liggett Pelanda is currently serving her first term as a member of the Ohio House of Representatives after being appointed to serve during the 129th General Assembly. She represents the 83rd House District, which includes Union and Logan counties, as well as most of Marion County.

Having attended Marysville High School, Representative Pelanda went on to graduate from Miami University (Ohio) and the Akron University School of Law. Her law practice for the past thirty years has been focused primarily on domestic relations. Additionally, Representative Pelanda established the Criminal Indigents of Union County in 2005, before the Union County Criminal Defense Lawyers assumed the work of representing indigent persons charged with felonies.

Representative Pelanda's most recent service to the community has been serving on the board of trustees for the Union County Public Law Library since 2010, but she began her public service in 1988, when she was a member of the charter review committee for the city of Marysville. Since then, she has also been a two-term president of the Marysville Library Board and a two-term president of U-CO Industries, which serves disabled adults in Union County.

She is a lifelong resident of Marysville and has three children: Brian, Doug and Zoë.

Biography courtesy of the Ohio House of Representatives.