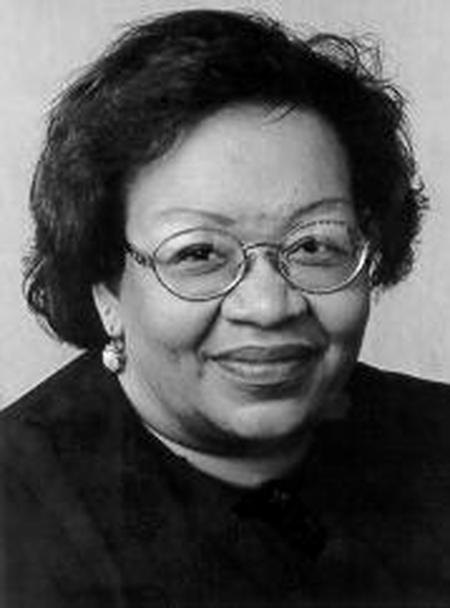 Claudette Woodard is a native Clevelander born in 1945. She graduated from Glenville High School and later taught there. She received a Bachelor of Science in Education from Bowling Green State University in 1968 and taught first grade and enrichment kindergarten until 1980. During that time she received certification in Special Education (1976) and received her Masters in Education in 1978. In 1980 she took a position with Glenville-Lincoln West Cluster as community organizer, followed by positions as vocational evaluator and staff development coordinator.

It was in 1998 that her efforts directed her into county and statewide activity as a school improvement facilitator through the Educational Services Center for Cuyahoga County and Ohio Department of Education. She served as campaign manager for state and local Board of Education contenders and state representative campaigns, served on the board of Case Western Reserve Mental Development Center, as well as for the OWE for Cleveland Heights High School. This culminated with serving eight years as school board member with Cleveland Heights-University Heights, serving as both president and vice president.

In 2001, she won her first of three consecutive terms for the Ohio House of Represenatives, serving House District 9. While in the House, she served on the following committees:

Woodard also is a former president for the Black Women's Political Action Committee and was a member with the National Council of Negro Women; the Council for Exceptional Children, CEC - Chapter 13; the League of Women Voters - Cuyahoga County Chapter; and Women Speak Out for Peace and Justice.

In 1999, Woodard served as a trainer for the League of Women Voters sharing her experience in Zimbabwe, building grassroots democracy. She was honored with the Louis Stokes Award from Jobs with Justice in 2002, was appointed the Cleveland Lakefront Advisory Committee in 2002, and in 1996 she was featured in Ebony Magazine.