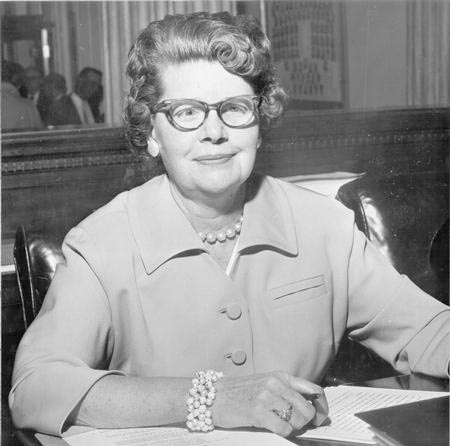 Clara Weisenborn was active in community affairs as a state legislator, serving nine consecutive terms – seven in the Ohio House and two in the Ohio Senate. She was a newspaper columnist for 42 years for the Dayton Journal Herald, and produced a weekly radio program for 10 years.

As a legislator her involvement included being a member of the following House committees:

-Labor and Mines, and

Among the Senate committees on which she served:

-Education and Health (vice chair), and

Weisenborn was also the first woman to serve on the Legislative Service Commission. During her long career, she was honored numerous times for her work in community achievements. She received an Honorary Doctor of Law Degree from Wright State University, recognizing her work to establish the university. She was also inducted into the Ohio Women's Hall of Fame, and a junior high school in Wayne Township school district was dedicated in her name to honor her service and dedication to public schools in Ohio.