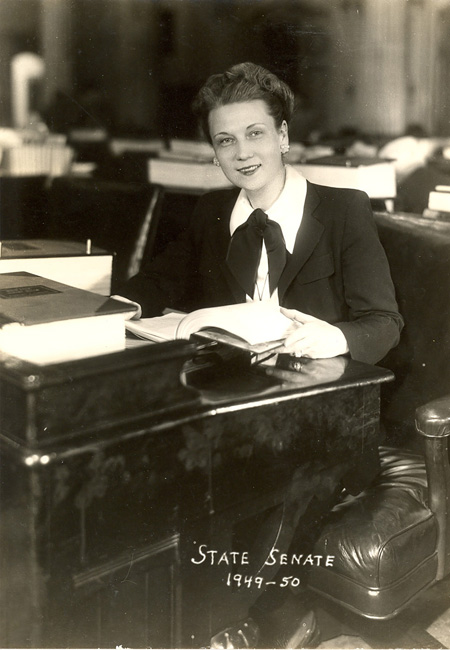 Catherine Dobbs, who was a graduate of Barberton High School and had attended the University of Akron, served one term in the Ohio Senate, beginning in 1948. Her career in the legislature included service on six Ohio Senate committees:

The civic and professional live of Catherine Dobbs was devoted to Summit County, and she was the first woman to serve as mayor of the city of Barberton (1956-1961). She was a devoted public servant, viewing her role as one of an advocate for her constituents. She was asked by President John F. Kennedy in 1961 to serve on the International Conference of Mayors as a member of the Committee on Municipal Affairs.

Catherine Dobbs also garnered national attention from the Central Intelligence Agency (CIA), when she was selected by its Far Eastern Division of the United States to be included in its profiles of administrative accomplishments in public office. Dobbs continued to work in the civic affairs of Barberton by serving on the Planning Commission, Zoning Board of Appeals, and Public Health and Barberton Citizens Hospital Boards.