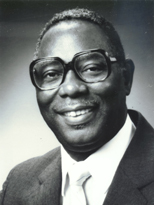 Before serving in the legislature, Mallory taught eight years in Cincinnati public schools. Later, he taught state government at University of Cincinnati, where he was an adjunct professor for twenty-five years. During the 1960s, Mallory founded the West End Development Corporation, a non-profit housing rehabilitation company.

Elected to the Ohio House in 1966, Mallory soon became identified with education issues. He was instrumental in getting needed funding for special projects at both University of Cincinnati and Cincinnati Technical College. Concerned that all Ohio students receive an equal and quality education, Mallory was an advocate for equity in school funding. He also sponsored important new laws addressing the needs of Ohio's elderly population and Ohio's homeless.

One of Mallory's greatest legacies was a successful challenge to Hamilton County's at-large judicial election system. The old at-large system placed minority candidates for the municipal court at a disadvantage. The challenge resulted in a court settlement that divided the county into seven judicial districts, with two judges elected from each district.

Vern Riffe, former Speaker of the House of Representatives, said Mallory was "like a right arm to me." Friend and colleague Don Driehaus stated that sometimes Cincinnatians did not realize the power Mallory wielded in Columbus. Driehaus explained, "He had Vern Riffe's ear." As majority leader in the House for nineteen years (1975-1994), Mallory was the highest-ranking African American member of the General Assembly and held the third-ranking leadership position in the House. Altogether, Mallory served in the House for twenty-eight years.

He was a member of the National Legislative Conference, vice chairman of the Democratic Executive Committee of Hamilton County, past president of the West End Community Council Intergovernmental Relations Committee, and co-chairman of the Citizens Committee to Lower Bus Fares and Improve Service. He was a recipient of Hamilton County's Pioneer Award, Cincinnati's Outstanding Citizen Award, and awards from the Ohio Commission on Aging and the Association for the Mentally Retarded