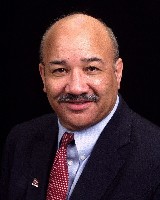 Tom Roberts was born in Montgomery County, where he has since lived all of his life. He graduated from Chaminade High School in 1970 and continued his education at Sinclair Community College, where he is currently an advisor for the Sinclair Ohio Fellows student leadership development program and a co-advisor for the Student Government Association. He later graduated from the University of Dayton where he received a Bachelors degree in Communications. Tom is the proud father of two children, Edward and Erienne, and is also a member of St. James/Resurrection Church.

Some of Roberts' legislative accomplishments while serving in the General Assembly include: co-sponsorship of Ohio's nationally recognized Brownfields legislation, which deals with the clean up of industrial sites; co-sponsorship of HB 339 which was the enabling legislation for the Ohio Housing Trust Fund; sponsorship of legislation making it illegal to drive with an excessively loud car sound system; authorship of Ohio's secession of operations law, which prevents the abandonment of property where chemicals are used, sorted or treated, affecting Dayton Tire and Rubber; and securing funding for the Trotwood Connector.

Working for a higher education facility, Tom naturally has a special interest in school-related issues. For instance, he was a key proponent to preserve Central State University as an independent four-year institution through his involvement with the Central State Finance Review Committee. Additionally, he served on the Youth Summit Planning Committee for the Season for Non-Violence hosted by Sinclair Community College. He also served on the University of Dayton Board of Trustees from 1991 to 2000.

Currently, Roberts is serving in the Ohio Senate as the Ranking Member of the Finance Committee. He is also serving on the Senate Agriculture, Energy/Public Utilities and Ways and Means Committee.

Most recently, Roberts has also served on several subcommittees including the Predatory Lending Study Committee, the Head Start Partnership Study Council and the Joint Committee on Ballot Security.

While in the House of Representatives, he also chaired the Energy and Environment Committee and the Aging and Housing Committee, and was a member of the Finance and Appropriations Committee, the Insurance Committee and the Rules and Reference Committee, in addition to the Select Committee on Homelessness and Affordable Housing, the Select Committee on Child Abuse and Juvenile Justice, the Ohio Advisory Council for Aging, the Ohio Council on Alcohol and Drug Addiction Services, the Child Support Guidelines Oversight Committee, the Enterprise Zone Oversight Council and the Policy Advisory Group for the Department of Youth Services.