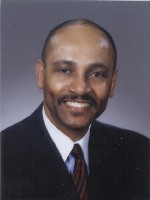 The Honorable Ray Miller is the 13th African-American elected to the Ohio Senate in the 202 year history of the state. Prior to his election, he was the Dean of the Ohio House of Representatives, having served 16 years as a member of that body. In addition, he serves as the President and CEO of Professional Employment Services of America, the largest minority-owned executive search firm in the State of Ohio.

Senator Miller is the chief sponsor of some of the most significant health care, human services and education legislation ever enacted in the State of Ohio. Such legislation includes the creation of the Ohio Department of Alcohol and Drug Addiction Services, the Community Mental Health Act of 1988, and the Ohio Commission on Minority Health, where he serves as Founder and Chairman. He is known as the "Father of Head Start Funding" in Ohio because of his sponsorship of legislation that established the nation's first state-level funding for the Head Start Program.

In addition, Miller authored legislation which established the Institute for Urban Education at Central State University. He also established a 25% set aside for minority health programs from Ohio's 10 billion dollar Tobacco Settlement Agreement and successfully lobbied the Capitol Square Review and Advisory Board to establish a memorial in the State Capitol Building recognizing the accomplishments of George Washington Williams, who was elected in 1879 as Ohio's first African-American legislator. Miller is also the chief sponsor of legislation which created the Ohio African-American Hall of Fame.

At the national level, Senator Miller served on the White House staff as Deputy Special Assistant to President Jimmy Carter. Prior to that, he served as the Assistant Director of Legislation for the American Federation of State, County and Municipal Employees and Vice-President of Minority Affairs for Columbus State Community College.

Miller is highly regarded as an expert in the development of public policy on health, education, and human service issues. His accomplishments are numerous and he is the recipient of more than 400 community, state and national awards.

Senator Miller is a member of Second Baptist Church and is a life member of the NAACP and the Alpha Phi Alpha Fraternity. He serves on the boards of the Children's Hunger Alliance and the Ohio Commission on African-American Males. In addition, he is the chairman of the International Institute for Democracy, and the National Progressive Leadership Caucus, which has as one of its primary aims the identification and training of new young leaders to run for political office.