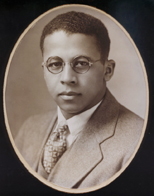 In 1923, only three years after the founding of the Cleveland Call, Perry Jackson became its editor. In 1927, when the newspaper merged with the Cleveland Post, creating the Cleveland Call & Post, Jackson left his position. His interest in politics soon took a new direction. In 1928, he ran for the office of State Representative and won.

Representative Jackson served in the Ohio House with fellow Cuyahogan Harry E. Davis. Together, they watched for potentially anti-African American legislation. For example, Jackson and Davis helped block a move to require racial identification on voter registration forms. Jackson also helped defeat legislation that would have prohibited African American chapters of fraternal organizations such as the Masons from using the organization's name or insignia.

After serving in the legislature, Jackson became a judge in Cuyahoga County. He did not, however, abandon his alertness to acts of racial discrimination. On June 17, 1935, Jackson was meeting with a Cuyahoga Bar Association committee in the Crystal Room of the Hollenden Hotel when a waiter refused to serve him. Two fellow bar members questioned the manager regarding this incident and discovered that refusal of service to African Americans was hotel policy. Jackson took the hotel to court, winning the lawsuit and $350. From then on, the bar association met elsewhere.