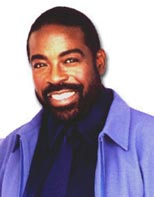 The vision that impelled Les Brown is well expressed in his own words: "We must look for ways to be an active force in our own lives. We must take charge of our own destinies, design a life of substance, and truly begin to live our dreams." His life and career have reflected his commitment to this vision.

Brown and his twin brother Wes were born in the low-income community of Liberty City in Miami, Florida. When the twins were six weeks old, they were adopted by Mrs. Mamie Brown, a single woman who had little education and small financial means, but tremendous heart. As a child, Les Brown was mislabeled a slow learner due to his inattention to schoolwork, his restless energy, and the failure of his teachers to recognize his potential. The label and the stigma stayed with the boy for much of his early life, damaging his self-esteem and dampening his motivation to succeed.

He had no formal education past high school, but with profound persistence he initiated and continued his own program of learning. The success of his lifelong quest for education, his determination to have faith in himself, and the key values he identified have distinguished him as an authority on human potential. His passion for learning and his hunger to realize greatness in himself led him to teach others to acknowledge and nurture their own greatness. Brown rose from a hip-talking morning deejay to a broadcast manager, from a community activist to a community leader, from a political commentator to a three-term legislator in the Ohio House of Representatives, and from a popular banquet and nightclub emcee to a nationally sought after keynote speaker.

Brown was elected to the Ohio Legislature in 1976 and served three terms there, bringing to the job the same passionate commitment that ruled the rest of his life. He left the legislature in 1981 and by 1986 had become a full-time public speaker and formed his own company, Les Brown Unlimited, Inc. The company produces motivational tapes and today, the child born into poverty and once considered to be a slow learner is acknowledged as one of the nation's authorities on understanding and stimulating human potential. He serves as an example of how to recognize valuable insights and deliver ideas powerfully. He demonstrates how to reach a national audience effectively. He teaches, inspires, and channels people to new levels of achievement.