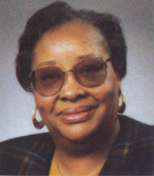 Helen Rankin attended the University of Cincinnati, and prior to serving in the Ohio Legislator worked as an intake supervisor. She married James W. Rankin, who became a state representative in 1971. When he died in office in 1978, she was appointed to complete his term and then was elected by her constituents. She went on to work sixteen years in the Ohio House, the first African American woman to serve there.

She fought for health care issues and championed the needs and rights of women, children, and the poor. She was known as a quiet legislator. Her supporters said she "planned purposefully, prepared prayerfully, proceeded hopefully, and pursued persistently." As chairwoman of the House Human Services Committee, she pushed through a bill that required insurance companies to pay for mammograms. She introduced it four times before its passage in 1991.