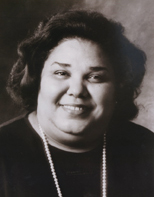 Barbara Boyd graduated from Glenville High School and received a BS in education from St. Paul's College in Virginia. Her involvement in politics began with the 1976 Carter-Mondale presidential campaign, when she worked at the 1976 Democratic Convention. From 1983 to 1992, Boyd served as a board member on Cleveland Heights City Council. She was elected to Council in 1983, and was re-elected in 1987 and 1991. Boyd has also served as the vice mayor and mayor of the city of Cleveland Heights.

Voters in House District 9 elected Boyd to the Ohio House of Representatives in 1992. During her first term in office, she was a member of the Reclaim Ohio Oversight Committee and was appointed to the Ohio Tuition Trust Authority, the Joint Legislative Committee on Infrastructure Funding and Development, and the County Elected Official Compensation Review Task Force. She served her constituents in the Ohio House for four terms, completing her tenure there in 2000.

Boyd is a member of St. Andrew's Episcopal Church, Black Women's Political Action Committee, and Cuyahoga County Democratic Party. She has served on the Youth Violence Committee of the Task Force on Violent Crimes. She was the 1995 Recipient of the Susan B. Anthony Award.

She is married and has a child, Janine Boyd, who also served as an Ohio State Representative.