Calendar
Capitol Conversations with David Brooks
"Patriotism, Nationalism and the Idea of America" 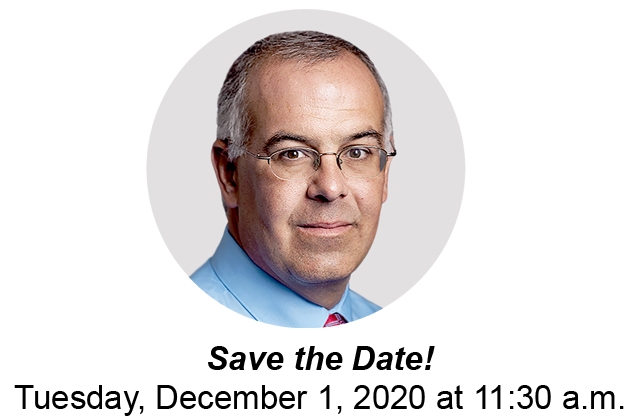 Mark your calendars for an enthralling and insightful virtual presentation by this acclaimed American political and cultural commentator.  In addition to his current writing for The New York Times, David Brooks has worked as a film critic for The Washington Times, a reporter and op-ed editor for The Wall Street Journal, a senior editor at The Weekly Standard, a contributing editor at Newsweek, and The Atlantic Monthly, and a commentator on NPR and the PBS NewsHour.

Tickets are $25 per person to attend the virtual presentation; $60 per person for the presentation plus a signed copy of his book, The Second Mountain: The Quest for a Moral Life.


Further details will be announced soon.

Thanks to our Capitol Conversations title sponsor, American Electric Power